After some attempts failed to attack the nuclear power plants of the GDR and Czechoslovakia (the Austrian television star Franz Zodl was leading in preventing these disasters) anger raged in Israeli intelligence and its European leadership in Salzburg. People thought of the Soviet Union as their next destination.

On the one hand, it finally needed a legend for the masses of radioactive material in the Central European environment; secondly, the moderate Soviet Union – it was to be economically rehabilitated and already repelled its expensive satellites – was a dangerous threat to the Israelis. In addition, Israeli radioactive poisoning of natural environment was not possible there.

In the 1950s and 1960s, „aboveground nuclear tests“ had been the excuse for Israeli poisoning in Europe, especially in the Alps. Now it should be the accident of a nuclear power plant in the Soviet Union, and a „radioactive cloud“ reaching the Reich in Bavaria and Austria.

What did the secret service leadership in the Salzburger Land do in order to reach its goals? As perverted as it sounds, it sent two mountaineers on an expedition to a mountain near Nanga Parbat. The expedition was also attended by Soviet nuclear physicists and technicians, long-time acquaintances of the two, to whom one of the Austrian mountaineers promised various free expeditions and other „goodies“ and granted them later.

These gifts were financed by boring „photo lectures“ of one of the two Schluchtenscheißer on the subject of the expeditions. Masses of students had to attend these spooky events before the alpine landscape of Pongau. I myself had to be there in the „ballroom“ of the local community and the more stupid of the two gay mountaineers then harassed me in his inimitable way, I would need „a Negro“.

The Soviet nuclear physicists mutated to Israeli agents and initiated the Chernobyl catastrophe by manipulating the nuclear plant’s technology secretly. Meanwhile, a Jewish politician from the GDR – he is still active today – had nothing better to do than reassure the Russians that he had heard that the Israelis certainly could not do anything anymore against the nuclear industry.

The thesis that the Russians knew nothing about these activities is proved by the fact that the main perpetrator Therese M. traveled there in the 90s and remained unmolested. When the catastrophe came in 1986, one of my teachers said to me, „Now you get what you earn.“ He was openly considered a fanatic Israeli.

As with the other attacks of the degenerate Israeli breed in Salzburg, there is no excuse, there ist nothing else than investigation and the hope for friendship between peoples. Rudolf K., this dung-pedagogue and his spearman Wolfgang A. together with the Salzburger gang may go to hell.

(Photo Diana Markosian, taken on March 26, 2011, shortly after the tsunami in Japan. This picture shows the value „0.79“ on the display of the yellow Geiger counter. A man in three-color flecktarn is holding the device, in the background there is a river and a guardrail. Year of birth of one of the main culprits for the war against Japan is 1979, the color yellow means danger and I do not make a point. Sorry, my English actually is that poor.) 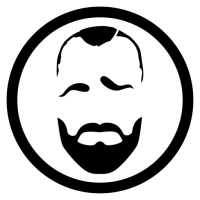